Those born in January have a gemstone which is said to bring the wearer good health, prosperity and peace. It is a beautiful gemstone, most often red in colour but does also occur in a rainbow of other colours including oranges and greens and even some colour changing garnets have been found in Madagascar. Red garnet is said to have derived its name from gernet, a 14th century Middle English word meaning 'deep red'. This in turn comes from the Latin, granatus, granum (seed, grain) and possibly pomum granatum (pomegranate) as the colour and size of some garnet crystals resemble the bright red seeds of the pomegranate fruit. The Victorians, possibly influenced by this, styled a lot of garnet jewellery with small crystals set in clusters around a larger stone. 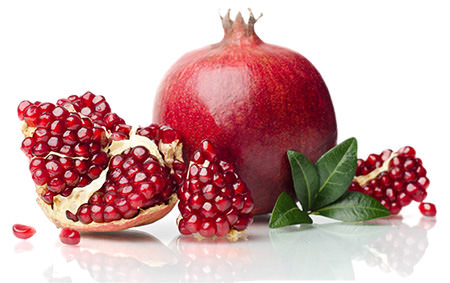 Garnet is actually the name representing a range of different minerals, including almandine, pyrope and the rare, bright green uvarovite. Its durability varies although it is pretty tough and rates 6.5 - 7.5 on the Mohs scale of hardness. This makes it a great gemstone for wearing everyday as it will stand a knock or two. Those stones of insufficient quality for using in jewellery making are commonly used as abrasives in water jet cutting and cabinet makers favour garnet paper for finishing off wooden projects. Garnet has been found and used for adornment since the Bronze Age and both the Ancient Egyptians and Romans fashioned items of jewellery from Garnet. There are some beautiful surviving relics of Anglo Saxon garnet cloisonné jewellery (garnet set into gold cells).

It has been consistently popular through the ages and so a good deal of folklore has grown over time.

It is known by some as the 'gem of faith' and should be given as a token of deep and everlasting friendship. Also, if good deeds are committed whilst wearing garnet, more good fortune will come to the wearer. Conversely, those committing dirty deeds whilst wearing garnet should beware! To some it symbolises love and fidelity.

One great thing about garnet is that it's versatile. It looks fantastic either in smaller crystal clusters or in larger set stones. It's used extensively in earrings, rings, bracelets and necklaces and as it's fairly abundant, garnet jewellery doesn't have to cost a fortune. So HAPPY BIRTHDAY to all of you born in the month of January. Celebrate and treat yourself to some beautiful garnet jewellery this year!